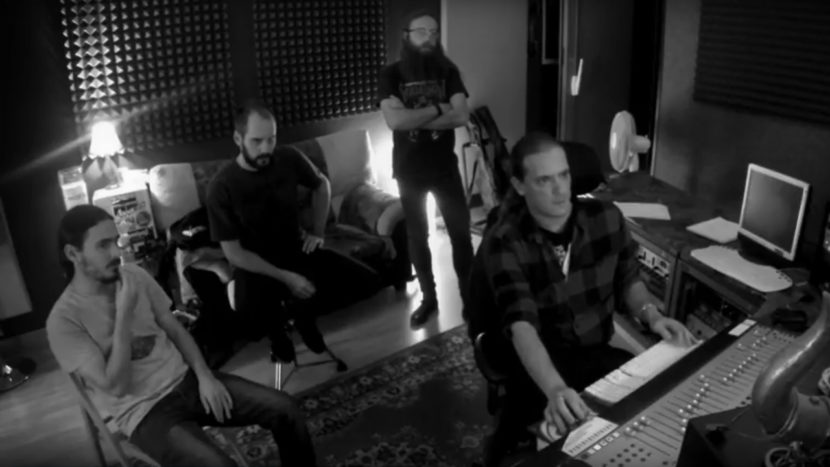 FOSCOR are now releasing their making of ‘Les Irreals Visions‘ video for their upcoming album which will be out on June 9 via SEASON OF MIST!

FOSCOR comment: “Often, words on interviews are not enough to describe how things worked during a certain moment or process. We hope to accomplish better results by accompanying words with live footage. The Making Of ‘Les Irreals Visions‘.

Studio & Concept Report, is a document mentioning and developing the main elements and ideas we have worked with during the creative process of the brand new album, as well as the recording process at Moontower Studios with the Sound Engineer Javi Félez. We wished it to be a testimony of the time spent recording and mixing, and the job done by the drummer Jordi F. ( Cruciamentum, Sheidim, Ered, Lux Divina – Live ) or the special guest featured in “Ciutat Tràgica”, A.A. Nemtheanga from Irish masters Primordial & Dread Sovereign, performing vocals.

Moontower Studios have been home for working the sound of discographic milestones as Teitanblood, Graveyard, Korgull The Exterminator, Crisix, Ataraxy, Lux Divina, Sheidim, Balmog or Krossfyre amongst many others. We are so glad to achieve this magical result and step in our discography there, at home.

For anyone willing to dig deeper into the creative process for our new album!”