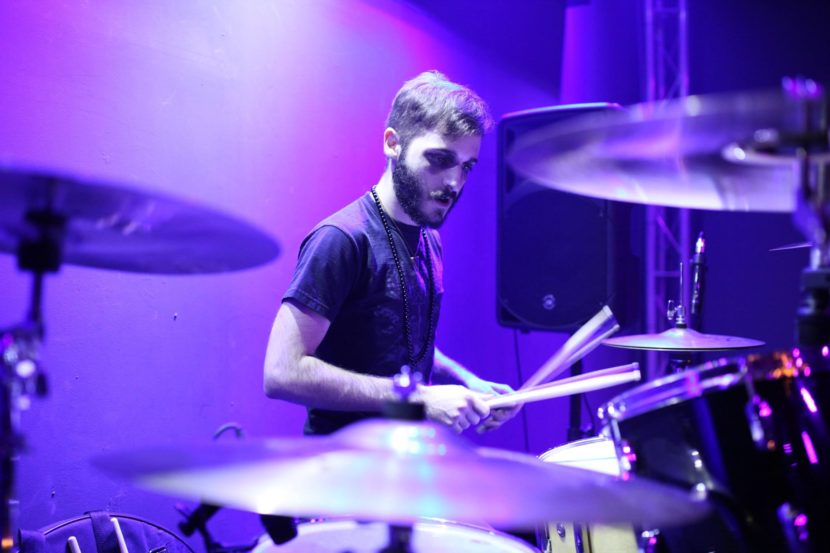 Following with the introduction of each individual involved in the new album creation, it’s time to one of the key pieces musically talking and regarding the dynamic and emotional dimension the new album is offering.

It is mandatory to mention the work of Jordi Farré with the drums. Probably the younger and most talented drummer to come from our country… he is taking the drum duties for CRUCIAMENTUM, SHEIDIM and our long time mates ERED, as well as on stage for LUX DIVINA.

It was a privilege to get his rhythmical translation on our compositions, and hope to go far with him in the future. Beyond the common musical references, we connected since the very first moment very well as far as intentions are concerned.

Sooner than late you will be able to watch his habilities on a document we are preparing. Until then, you can catch him Live with CRUCIAMENTUM in their INTERDIMENSIONAL PASSAGES THROUGH EUROPE Tour alongside BLOOD INCANTATION.

Album pre-sales available at the SEASON OF MIST store: https://shop.season-of-mist.com/list/foscor
Or visiting our store here