Alongside the digital release of 2 tracks originally featured as bonus on the D-Side of 2017’s album “Les Irreals Visions” double 12″ Lp edition, and the music video for Misofonia”, offered for free download under the “Name Your Price” option here , we thought that was worth doing a commemorative design for several type of apparel formats.

The result is the illustration on the post cover, originally made by Josep Triadó, and adapted by Maria Picassó, which you can find custom made to order direct to garment print on a black 100% cotton T-Shirt, and also available on zipper hoddies, tank tops, and more at: shop.season-of-mist.com/band/foscor 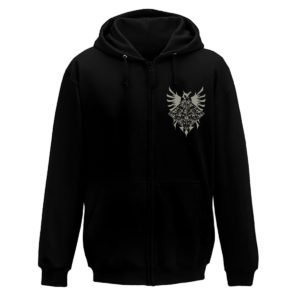 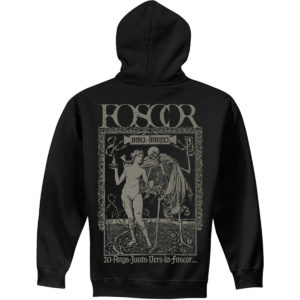 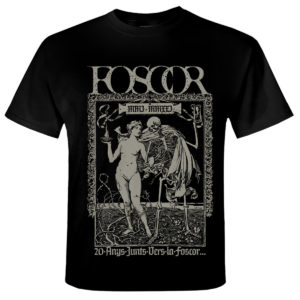